Watchup: New Way to Get News

I think I see where local and national TV newscasts may be headed — to a customizable newscast on a tablet.  Although it’s been around for nearly two years, I just discovered Watchup.

This tablet app, designed by European journalist Adriano Farano, pulls stories from many legacy media orgs such as CNN, AP, Univision, PBS and WSJ, among others. It starts playing when it loads but you can tap and play from a menu, plus it is searchable by topic –source or topic business, tech, politics, entertainment, humor ideas, sports– or by source.  And you can customize it to your preferences.

Watchup includes hard news as well as those on the softer side. Today I looked at stories ranging from a Wall Street Journal video on the Malaysian plane search to an ABC story on the Oscar Pistorius trial to a NYTimes feature on heirloom jewelry.

As you see below, the app runs one video nearly full screen but gives a ribbon of screen shots of other stories across the top. You can see the source (bottom left),  vote on what you like or forward on email, twitter, or text (bottom right). 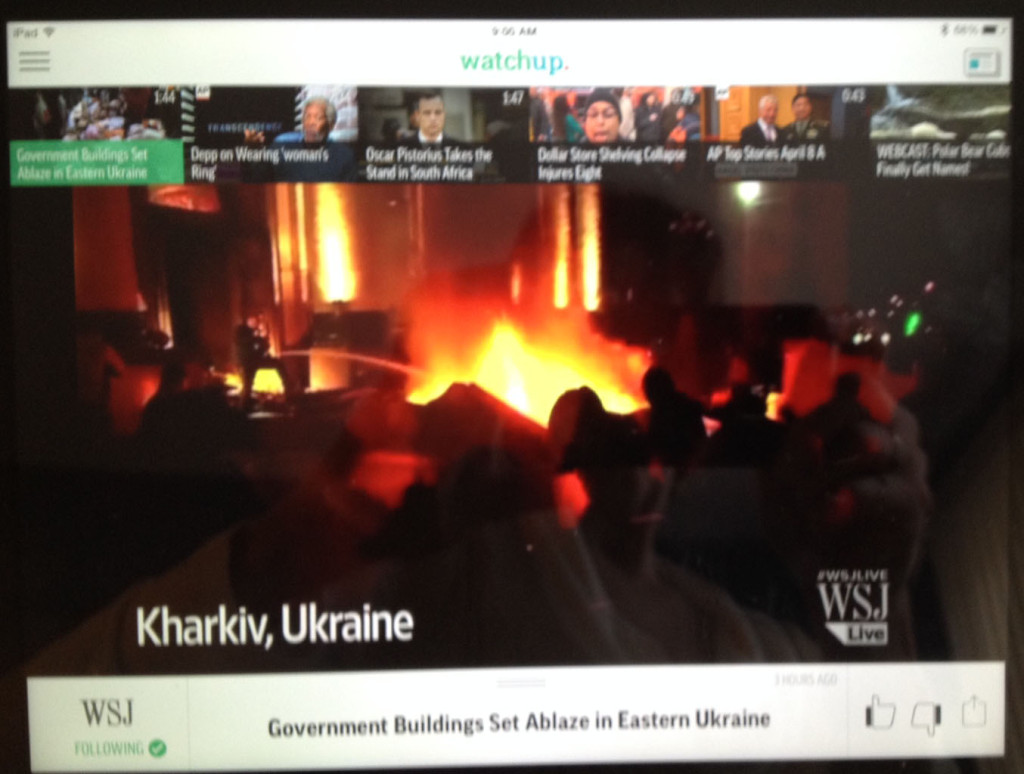 Here is what Watchup looks like on an Ipad.

Tech Crunch says the app just got an injestion of $1 million  from sources including Microsoft Venture. The Nieman Journalism lab called it a “Hulu for news junkies” and it won a Knight News Challenge two years ago — where have I been that I missed this.

Leave a comment below about what news apps you couldn’t live without?

This entry was posted in Finding Stories. Bookmark the permalink.