If you tuned into WXII-TV at 11 p.m. on June 17, you’d have heard live phone interviews with two people in Charleston, S.C., explaining the chaos following a shooting at a local church. The story, as you know now, captivated the national news agenda for several days.

That’s two live interviews, off the top of the show,  airing at a station in Winston-Salem, N.C., 287 miles and a state away from the scene. That’s good producing!

Credit it to producer Kaitlyn Richards, just a year out of college, who used her social media experience and the reporting contacts of colleagues to give her viewers those first-hand stories, less than two hours after the shooting. 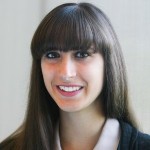 Kaitlyn was in the booth, producing the 10 p.m. show on a sister station, when the assignment editor told her of an alert from NBC about a possible shooting in Charleston. She grabbed her phone and began thumbing through Twitter posts.  Most helpful, she says, was a Twitter account with scanner traffic that told her multiple people were shot at a church, some fatally. Of course, she didn’t air that until she checked it out.

As Kaitlyn juggled timing the newscast on the air, researching the story and reworking the rundown for the 11 p.m. show, the morning producer, who’d just arrived for her shift, jumped in to help from the newsroom. She found a web producer at a Charleston station to text Kaitlyn what he knew.

“I followed him on Twitter,” Kaitlyn explains. “I realized he was right there and he was more than willing to talk to us.”

The anchor for the 11, also watching this news unfold,  told Kaitlyn she had a friend on her honeymoon in Charleston. She tracked her down and found she was  just a block away, locked down in her hotel room and scared. She also agreed to talk.

“I blew out the whole (11 p.m.) show,” Kaitlyn explains. “This was one of those nights when you get off and you know you’ve done well.  “

To learn more about how to read tweets right from the geographic area where the news is breaking, see this post about the app, Ban.jo

This entry was posted in Backgrounding for News Stories, Finding Sources. Bookmark the permalink.